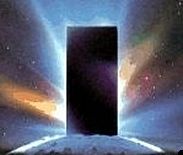 The panel on SASS that was held at ArmadilloCon on Saturday, July 26, was the first event of its kind. I thought I’d take a few minutes to put down a report from what I recall. I didn’t take any notes at the time, I concentrated on participating in the panel.

The convention was held at the Austin Omni Southpark Hotel; this panel was held at 5 PM Saturday in the conference center. I would estimate they were about 15 members of the audience. The panelists were Scott Cupp, Bill Crider, Rie Sheridan Rose and myself. There were two members of SASS in the audience, Stony Compton and John Husisian.

We had free copies of “Rebel Moon” graciously donated by co-author Bruce Bethke to hand out to all participants.

Scott was the moderator and after allowing us introduce ourselves he explained what he found especially attractive with the organization was the support and member mentorship it offers.

Panelists didn’t really want to mention any other writers groups, but the pro group SFWA was hard to avoid. Scott specifically mentioned how sometime in the past he had looked into joining the SFWA and despite mentioning his publishing credits and honors, was basically told “we’ll get back to you.” He decided after that kind of interaction he really wasn’t interested in becoming a member.

Scott’s comments brought up the topic of snobbery which was a hard subject hard to avoid in the context.
I told how I ran for an SFWA office and was attacked because in my biography I referred to my dogs as my adopted “Canine American children” and I was accused of being disrespectful to the ethnic identity movement. That got a good laugh from the audience.

I explained my motivation for helping organize the group came from my interaction with professional writers. The SFWA  is an organization really geared towards people who make a living writing, and I simply didn’t feel it’s a good fit for a semi pro like me who has a full-time job and writes on the side.

Although a qualified for full membership in the SFWA couple years ago, I really don’t get much encouragement from it. I said that rather than complaining, I went to do something about it and I helped get together a group that bridges the gap from fans and aspiring writers to pros.

I still belong to the SFWA and so do a number of SASS members; most fighters belong to different groups and get different things from them.

During the introductions, Bill Crider wondered out loud why he be put on the panel — he was the only non-SASS member. But when he understood how the group was formed, he said he “got it”.  He is involved in a group that has a similar outlook for Western genre authors, the “Western Fictioneers”, that also only started a few years ago.

Rie Sheridan Rose explained how enthused she was when she learned about the group because it does not discriminate against self-published authors.

We explained we are interested in all forms of storytelling, and that includes gaming. One member of the audience pointed out that “Rebel Moon” is based on a game. Another audience member noted that we allow horror writers as members.

The panel included a nice-wide ranging discussion on a number of practical subjects, not just specific to SASS.

Audience members asked about workshops and critiquing, and one thing I said was SASS would not be part of the crab bucket affect, which so often afflicts writers groups, where everyone pulls down each other and nobody has any success climbing out of the crab bucket.

We did talk about the recently – floated idea compiling an anthology, and that met with a lot of approval. Crider said the Western Fictioneers have done that and it has proven to be so successful they don’t  even have to charge dues any more because they are making so much money from the anthologies.

Unfortunately, because of the way I had to rush to get to the convention – I worked until 2 a.m. that morning and drove to Austin starting at 7 a.m. – I didn’t have a chance to run any SASS literature off to hand out.

Officers:
President:
Michael A. Burstein
Massachusetts
Vice-President:
Brad Torgerson
Utah
Treasurer:
Shedrick Pittman-Hassett
Texas
Secretary:
Lou Antonelli
Texas
The mailing address of SASS is:
PO Box 85
Denton, TX 76202
Membership:
Anyone can apply for a membership in SASS. Upon approval of his or her membership application, the member will be charged a $25 annual fee for participation. This will cover any communications and dissemination of information by the group to its members.
You may contact the membership chairman via email for a membership application at: solacesdaddy@yahoo.com